You are here: Home / Recess time ideas / Gluten-free spiced carrot cake by gf and me 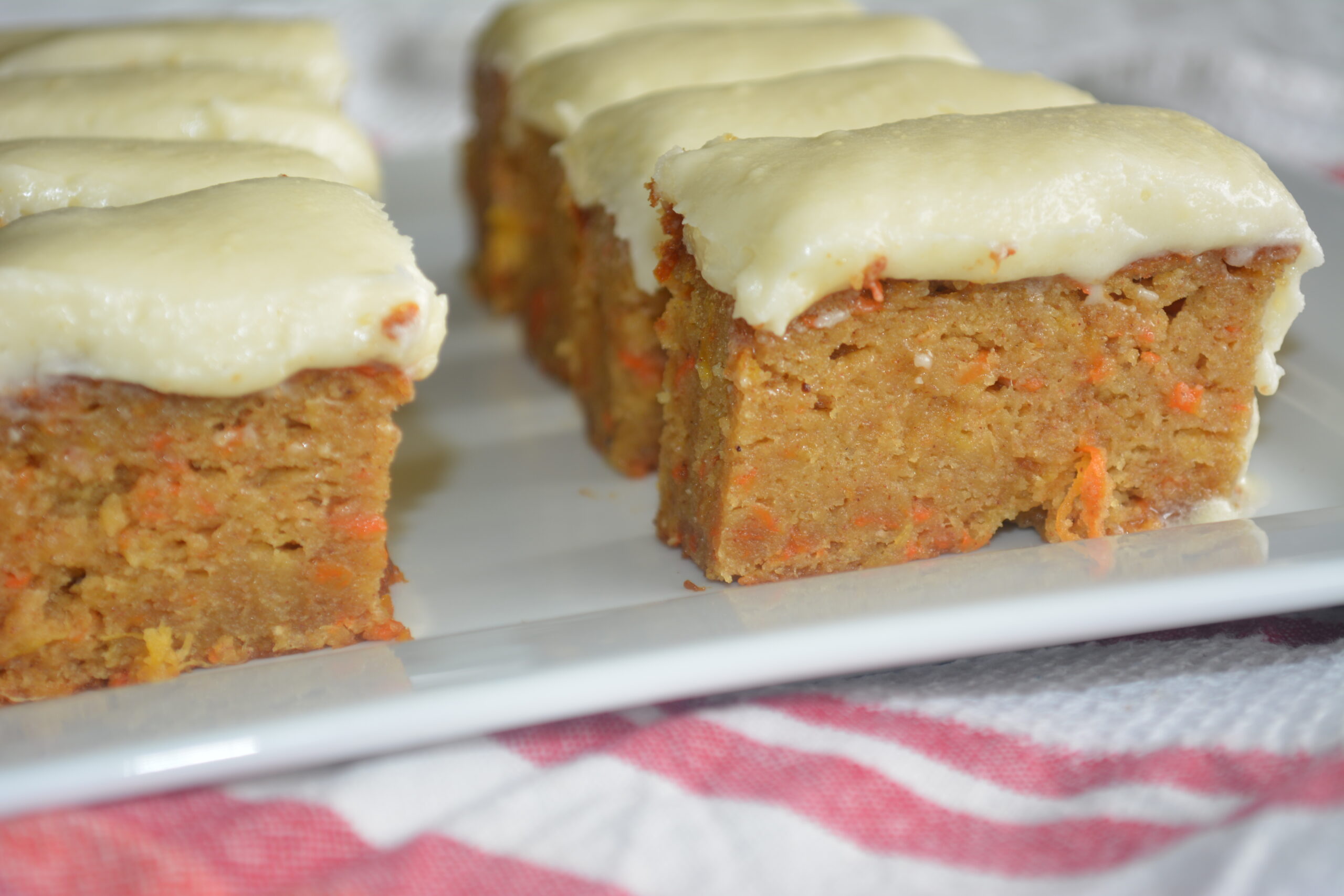 Since I started this blog almost a year ago, I have discovered a huge amount of talent in the blogosphere. I enthusiastically follow other food blogs, comment on the wonderful recipes that are posted and diligently bookmark them to cook one day. …. One day. …. One day. … One day was starting to look like it was never going to arrive. As I have limited time to spend cooking, I have been focussing on developing my own recipes and never getting around to cooking the wonderful recipes that other food bloggers have been posting.

This week I’ve been spurred on by a bit of cooking block. Not writer’s block, as I have plenty of ideas, but lately none of my ideas have easily translated into workable recipes. So while I am in the development stages of a few things, I thought it was time to start baking my way through those bookmarks. I intend to post others’ recipes every now and again (with their permission, of course), especially those recipes that are well-suited to lunchbox fare.

First cab of the rank is this amazing recipe for spiced carrot cake by gf and me. Brenda and Geoff started gf and me after Geoff was diagnosed with Coeliac Disease in 2010. Having navigated their way through a new world of gluten-free cuisine, they now post their own everyday gluten-free recipes and provide tips on gluten-free living. They even provide an eating-out guide for their local area in Alberta, Canada.

When they posted this recipe for spiced carrot cake, it caused quite a stir. Take one look at their photograph and you will see why. Beautifully moist and oh, those spices! I cooked this cake yesterday and it was as delicious as it looks. The kids absolutely loved it and cheered this morning when I told them it was in their lunchboxes. I bet it freezes like a dream, too. Just to show you how well the recipe works, the photo above is mine, taken a day after I made the cake. I think it looks pretty close to the original, even if I do say so myself.

Just a couple of notes for those of you who use the metric system. The oven temperature is 180° Celsius (conventional) or 160° Celsius (fan forced). I used a square 21×21 centimetre cake tin, which is a little smaller than the one recommended (I didn’t have the larger size). With 5 extra minutes of cooking time, it worked like a dream. I’ll be making this recipe again and again, but in future, I’ll be making double!

I hope that’s enough to convince you to give it a go, and while you’re over at gf and me, have a look around. You’ll find some fantastic recipes for all sorts of things.