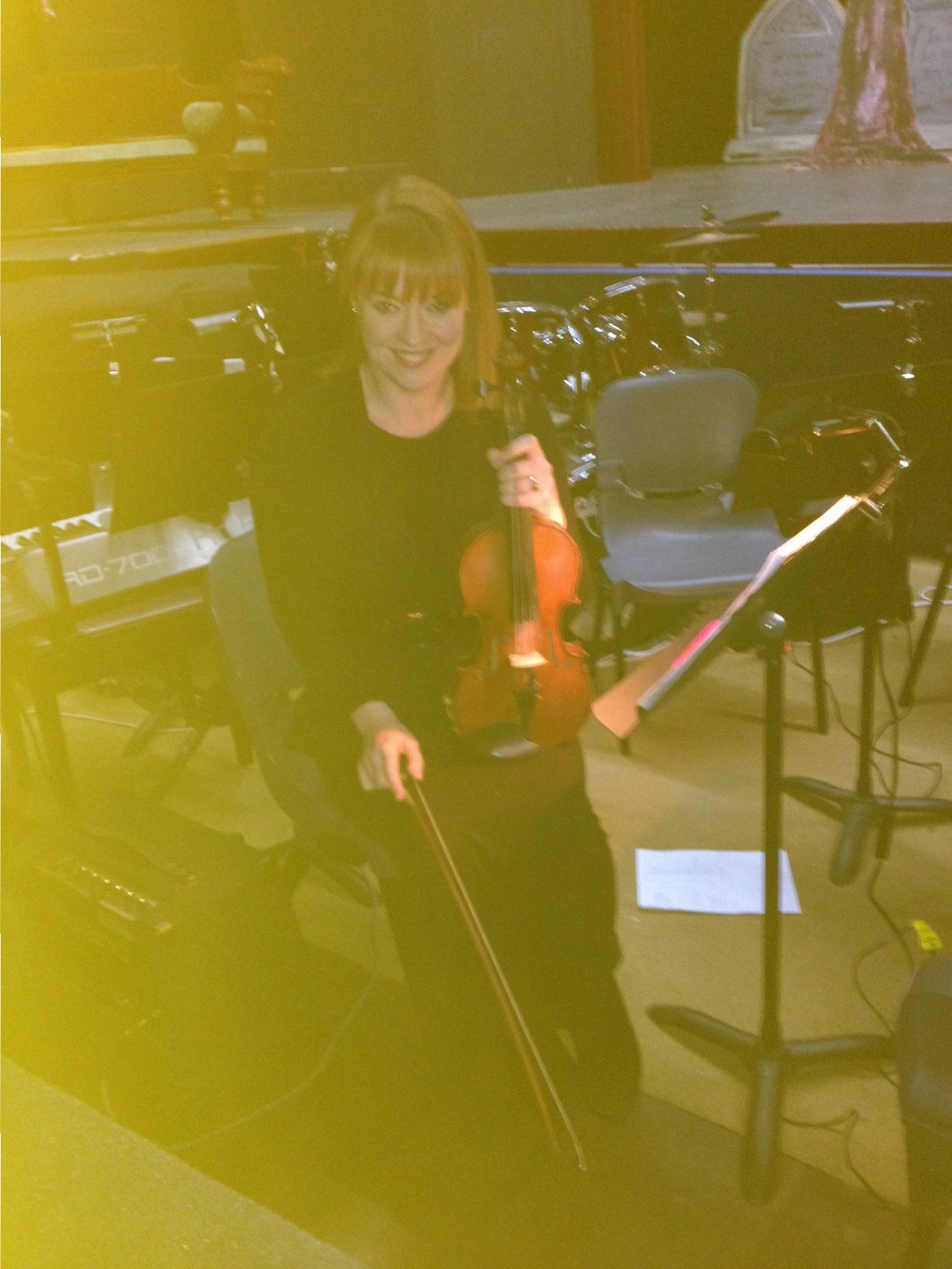 Yes, it’s a terrible quality pic, but the lighting was so dim that it was the best we could do.

If you squint a bit and look closely, you’ll see that’s me in that photo. And I’m holding a violin. And I’m sitting in front of a stage in amongst a drum kit, keyboard and music stands.

That’s because on the weekend I played in an amateur theatre production of The Addams Family.

So yes, that’s something you may not know about me. I play the violin and have done so for years and years. I’ve also been playing in musical theatre productions (on and off) since I was about 10 years old. This musical is the first I’ve done for 5 years, so it’s been great to get back into the orchestra pit, but also a wee bit stressful as I’ve tried to get my musical skills back up to scratch. And oh boy, the score is the hardest I’ve ever played. Ever. Yikes!

Anyway, the reason why I’m posting this pic is because I’ve been so busy in rehearsals and shipping kids around that I haven’t had time to finish off any of the recipes that I’ve got in development at the moment.

And just as a heads up, there probably won’t be a new recipe next week either, but if I can manage to get a photo with Uncle Fester, I’ll post that instead!