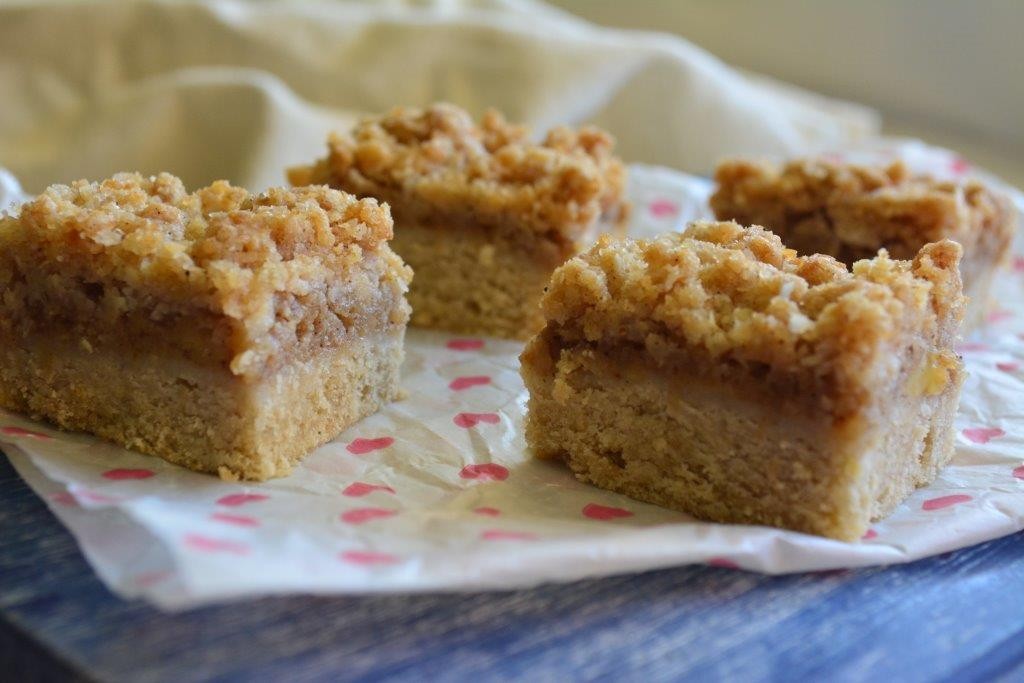 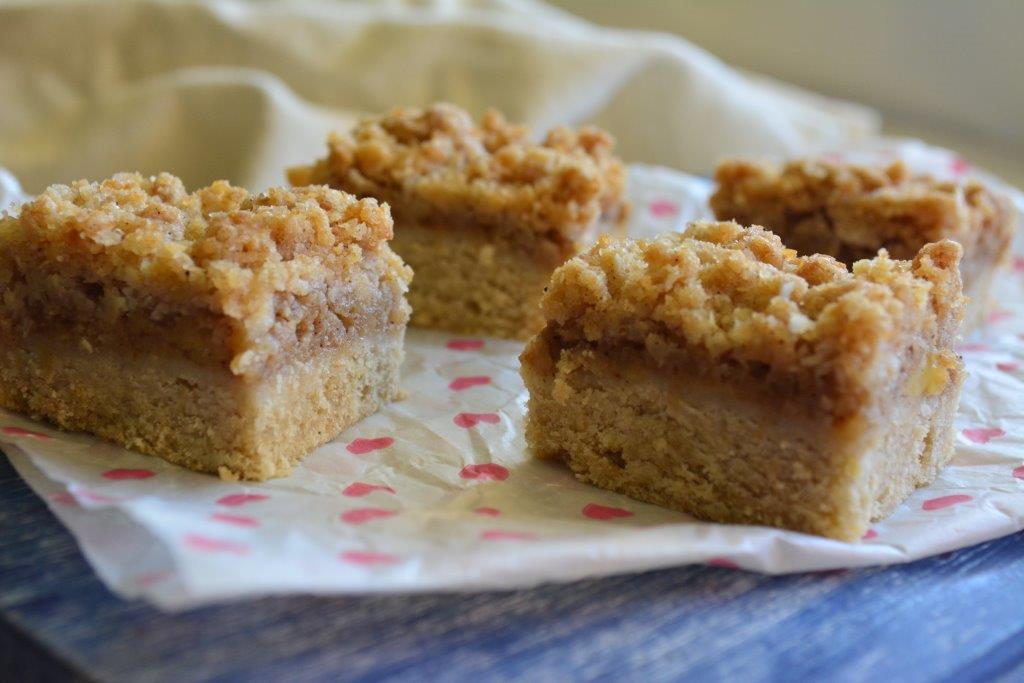 This slice can be cut into squares and then frozen until required. Defrost individual squares at room temperature.
Keyword gluten-free, gluten-free kids, lunchbox, recess snack

It’s the Easter long weekend here in Australia the weather has just started feeling a little autumnal, although unbelievably I am still picking a few fresh figs.

And we’ve just celebrated our eldest daughter’s 11th birthday. It’s amazing to think so much time has passed. It seems that just yesterday I was up to my elbows in nappies, bottles and baby talk. Now, in the blink of an eye, I’m ferrying her to and from her after-school activities, wondering how long I can delay giving her a mobile phone, and trying to find age-appropriate clothing that she’ll like. And to think that in just five short years she’ll be learning to drive!

[Update: Now it’s Easter in 2022. That 11-year-old is now 17, in her final year of school, learning to drive, and making plans for her post-school life. And, yes, there’s a mobile phone. Meanwhile, my joints are aching, fine lines are becoming fully-fledged wrinkles and there are a few too many grey hairs. Blink of an eye, people!]

Anyway, with all of these celebrations occurring in Autumn, it inspired me to come up with a recipe befitting the season.

There’s something so lovely and comforting about an apple crumble, don’t you think? Mixed with some cinnamon and maybe some sultanas, it’s one of my favourite desserts. On its own, apple crumble may not be portable enough for the lunchbox, but putting it into a slice makes it a lovely lunchbox option.

Crumbles are traditionally made with oats. However, in Australia, oats aren’t recommended for coeliacs. Quinoa flakes make an excellent alternative and can be found in supermarkets, health food shops, and online.

As there are three parts to this recipe, I’ve tried to make things more time-efficient with a food processor. Each stage can be prepared in the processor – simply wipe out the bowl between each stage.

Gluten-free apple slice with crumble topping is great for a recess-time snack and the leftovers can be frozen.

Looking for more gluten-free lunchbox recipes? Check out my eCookbook.