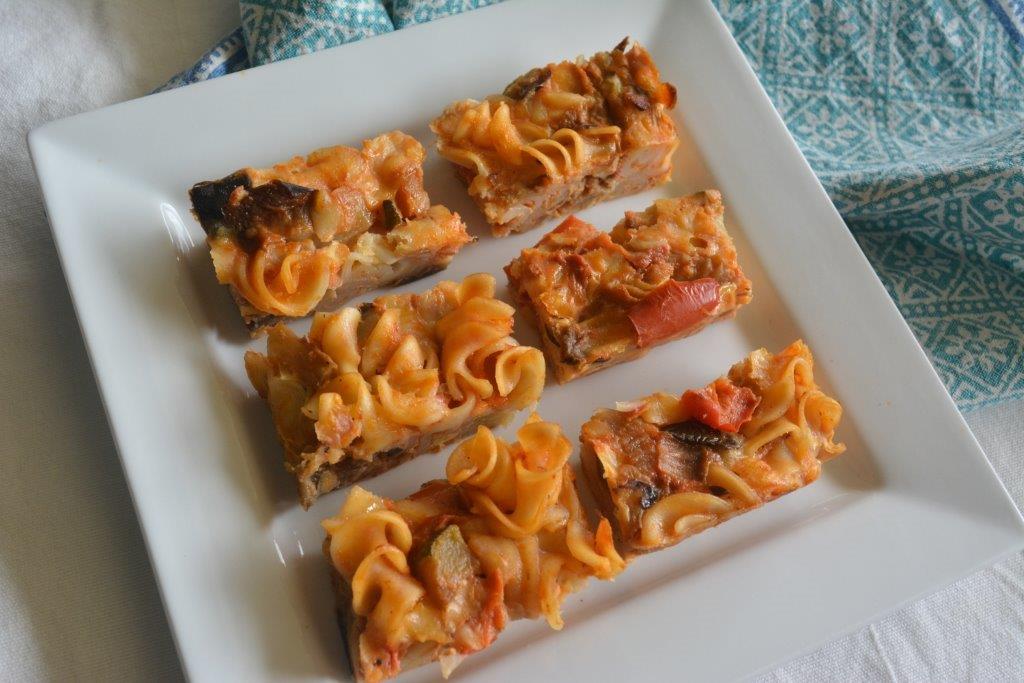 I’ve been in a bit of a vegetable rut over recent months. I tend to favour carrot, zucchini, corn, mushrooms and sweet potato or pumpkin. If you look back over my savoury recipes, you’ll see that I’ve had them on high rotation. So, in the words immortalised by Taylor Swift, I decided to “shake it off” and introduce my kids to a few more veggies. Red capsicum, fennel and eggplant were my choice as I love them, they’re a classic combination and they make a great Italian vegetable stew.

I wasn’t optimistic that the kids would embrace the new tastes and textures, and I was right. They had small tastes of the stew but left it largely untouched. They tried it when I cooked it into a pasta bake, but it will be one of those things that has to be presented to them a number of times before they finally decide  to give it a go.

On the other hand, my Husband and I loved the stew and pasta bake, so if you’re after something for a work lunchbox rather than a kids’ lunchbox, this may be the recipe for you.

The vegetable stew can be served hot, tossed through gluten-free pasta (top with basil and parmesan cheese), or as an accompaniment to grilled or roasted fish or meat. It’s very versatile and once you’ve made the stew, it’s really quick and easy to make the pasta bake. Just be sure to reserve some stew before you serve it up for the evening meal.

Cook pasta spirals according to packet directions. Drain thoroughly and allow to cool a little.

In a large bowl, combine all ingredients.

Spread evenly into tray and press down with the back of a spoon.

Allow to cool in tray. When completely cool, slice into 3 x 5 cm rectangles.

Salt and pepper to taste

Add tomatoes, stock and oregano. Bring to the boil and then reduce heat to rapidly simmer for 20 minutes or until most of liquid has evaporated. Add salt and pepper to taste.

Serve immediately as an accompaniment for meat or fish, or stir through pasta.

Makes 6-8 serves, with enough left over for pasta bake.