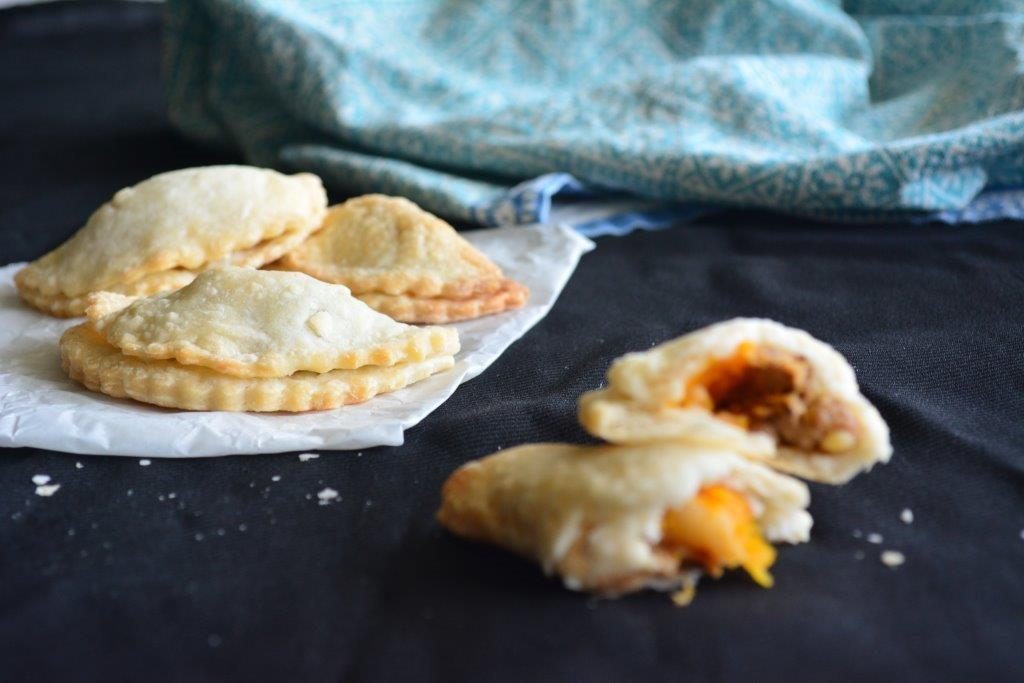 Approximately one quarter of me is Cornish. Of all the different heritages that I have (English, Irish, Scottish, German, Swedish), I’m more Cornish than anything else. It probably explains why I don’t have legs like a thoroughbred racehorse. If only…

My maternal Grandfather was a full-blooded Cornishman born in Australia to parents who carried on the great Cornish tradition of working in the mines. But they didn’t work in the tin and iron mines in Cornwall, but rather the copper mines in Moonta in regional South Australia.

My Mum did her best to instil a bit of Cornish knowledge into my brothers and me as children – I remember taking day trips to Moonta to check out the mines and the tiny miners’ cottages with the low ceilings and door frames. The Cornish weren’t known for being very tall, which explains how they were able to get around their homes without too many head injuries!

So in a nod to my heritage, and because I was opportunistic the other night when it came to roast dinner leftovers, I decided to create a gluten-free Cornish pasty. Because it’s gluten-free, of course it’s only loosely based on the great original, but I’m sure you’ll get the idea.

And now the history lesson.

According to the Cornish Pasty Association of the UK, the Cornish pasty was created as an easy way of allowing the Cornish miners to take their lunches down into the mines. It dates back to 1800s, coinciding with the rise of mining in Cornwall.

Basically, the leftovers from the meal the night before were cooked into pastry. The miners could pretty much just carry the pasties in their pockets into the mines and whip them out for the daily “croust” (that’s a “bite to eat” for the uninitiated). The thick crimped pastry seam was perhaps developed as a handle because the miners had dirty hands (especially those who had been working with arsenic), so the seam allowed them to hold onto the pasty without actually touching the part they wanted to eat. The seam was then thrown away.

So basically, the Cornish didn’t have lunchboxes or handwashing facilities back then. Crikey!

The pasty was usually filled with vegetables that were cheap and in abundance – swedes, potato and onion were commmon. Beef was added later on.

My version uses leftover roast lamb and vegetables, so that’s not exactly in keeping with the fine Cornish tradition, but as the pasties were also made from whatever food was available, in my book that means that lamb roast leftovers are just fine.

So, to make this recipe, use the cold leftovers from a roast meal. Cook some extra vegetables so that you have plenty to put into the pasties. And look forward to freezing them for future lunchboxes. My husband and kids thought these were better than awesome, and I thought it was better than awesome to have empty lunchboxes at the end of the day. Everyone’s a winner.

If you don’t have a recipe for roast lamb, try this one. I’ve been getting into slow cooked roast lamb lately – I use a lamb shoulder and brown it in a pan before putting it onto a rack in my slow cooker. I put about one cup of water in the bottom, throw in a few sprigs of rosemary, set it to low and then go off and enjoy my weekend for at least 6 hours. It’s amazing – the meat just falls off the bone. I then toss some vegetables (potatoes, pumpkin, parsnip) in oil and salt and roast them in the oven for about one hour before serving. Magic.

I’m not good at making gravy. In fact, I’m really hopeless at it. So – confession time – I use a bought gravy of the “just add hot water” variety. If you’re a gravy maker, go right ahead and use your own recipe. It should work just fine.

Before you start, ensure that the pastry sheets are completely defrosted. Defrosting them at room temperature works best.

Ensure that your work surface is dry and clean. Dust with tapioca flour. Dust rolling pin with flour as well.

Dust the work surface and rolling pin with the flour. Gather together all the pastry scraps, press them into a ball and then roll out pastry to 3 millimetres thick. Cut out rounds. Gather together the scraps again and repeat process until all pastry has been used.

In a small bowl, combine meat, vegetables and gravy.

Place 1 heaped teaspoonful of mixture into the centre of one pastry round and press edges together until sealed. Place onto the tray. Repeat until all rounds have been used.

Spray all pasties with cooking spray and put into oven. Immediately reduce the temperature to 180° Celsius (conventional oven) or 160° Celsius (fan-forced oven). Cook for 20 minutes.